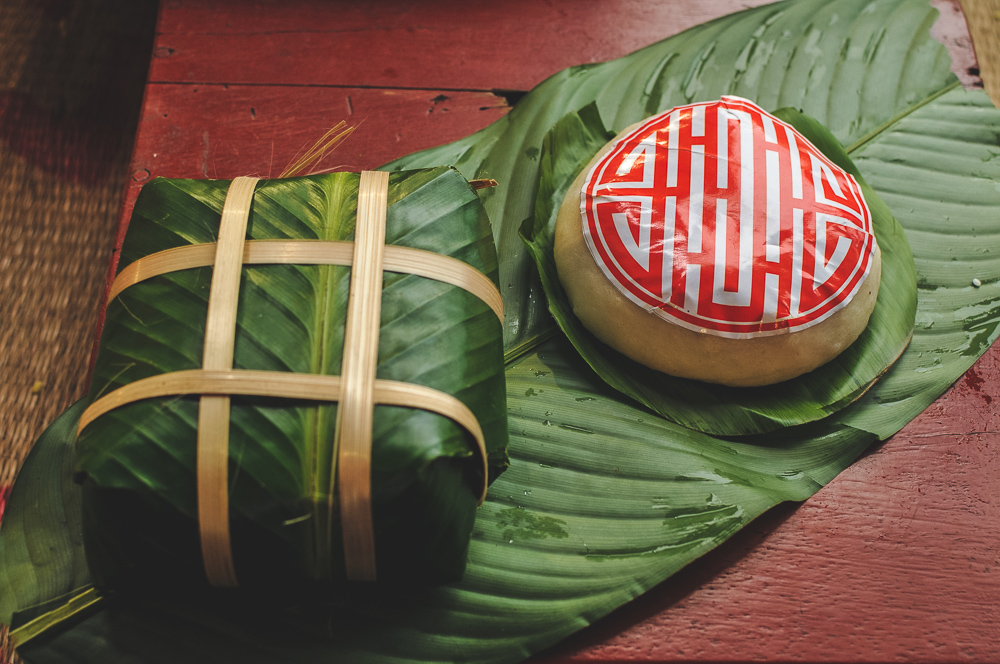 Vietnamese might not be the most spiritual nation but you got to give them one thing – they pay a lot of attention to worshipping their ancestors. Temples, omnipresent, full of various goods altars, that commemorate heroes or deceased members of the family are a big part of daily life. When Tet (Vietnamese New Year according to Lunar calendar, takes place around the beginning of February) starts such rituals, visits at the temples and worshipping ceremonies last for the whole month or so. The cities change past all recognition, people take holiday from work, leave their houses, close the shops and stalls and travel in hordes to visit their hometowns, temples and dissolve in the smoke of the incense. Sweets, beer, cigarettes, fruits, small change – al those basic goods go to the altars at the first place, before any of the living can make use of them. It’s best if the offerings come in the gold/yellow or red colours which symbolise luck, happiness and wealth. 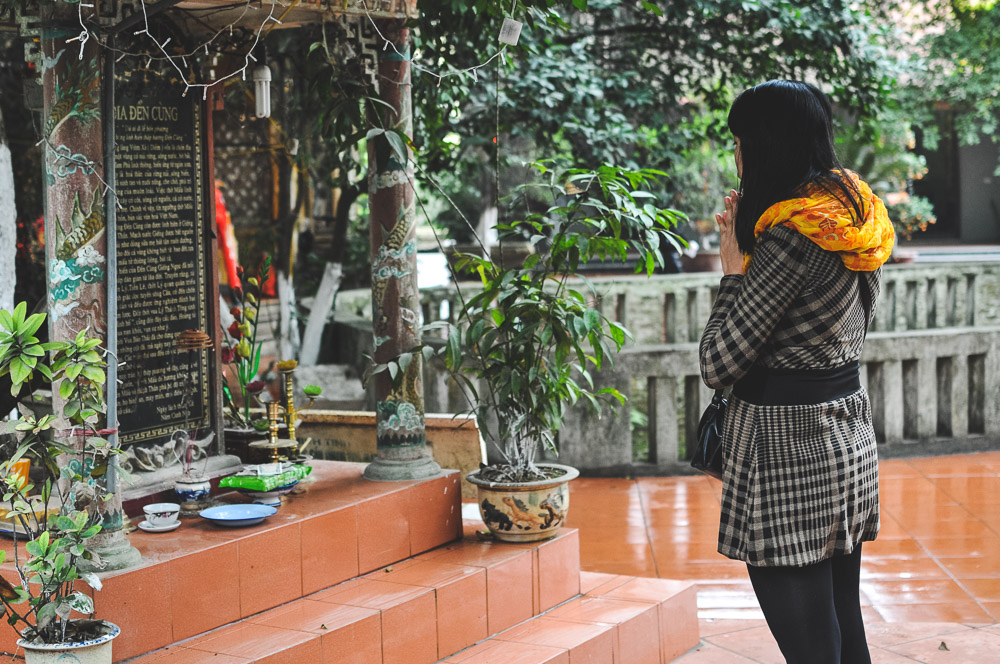 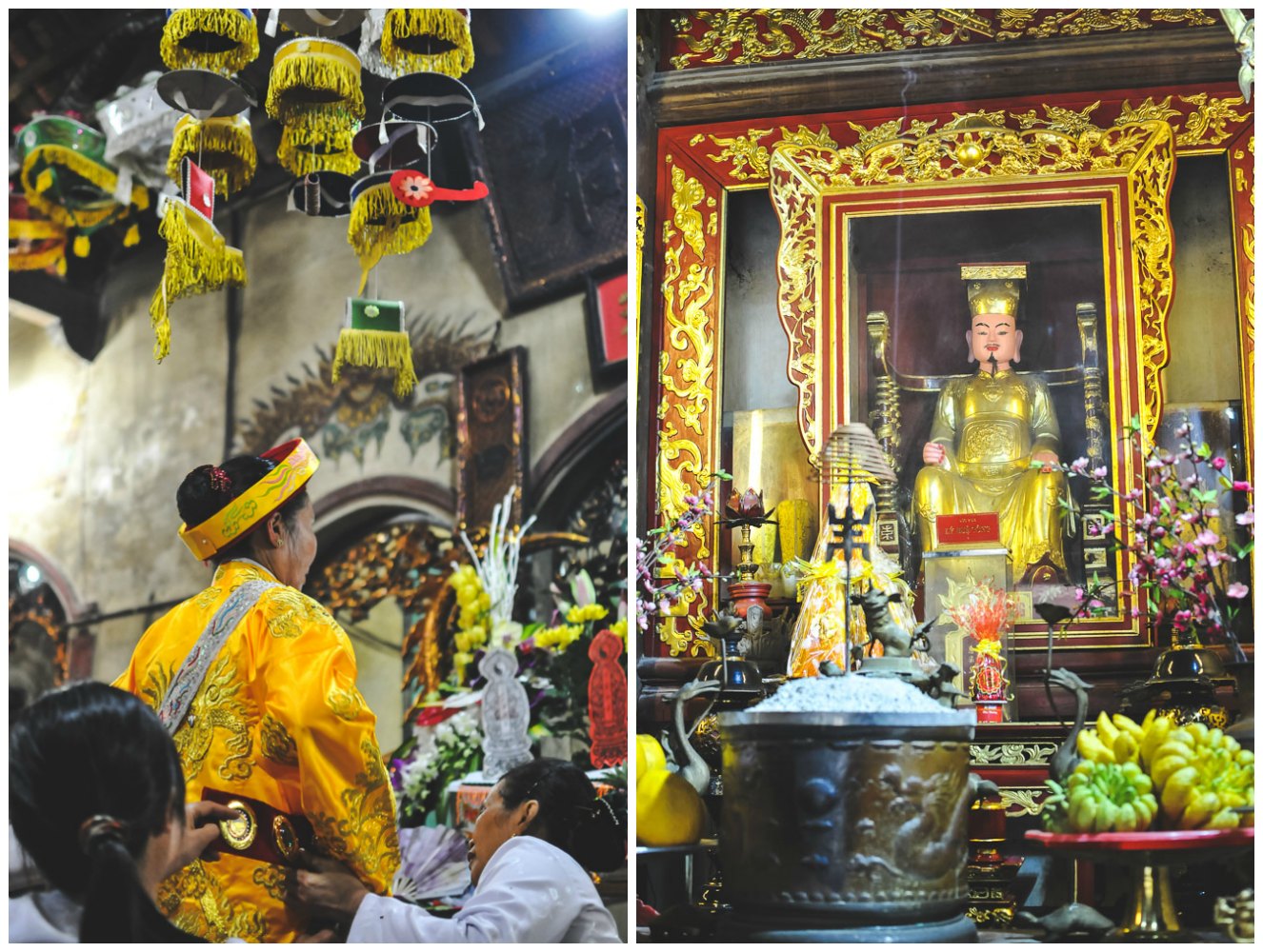 Altars and shamanic celebrations at the Viem Xa village. 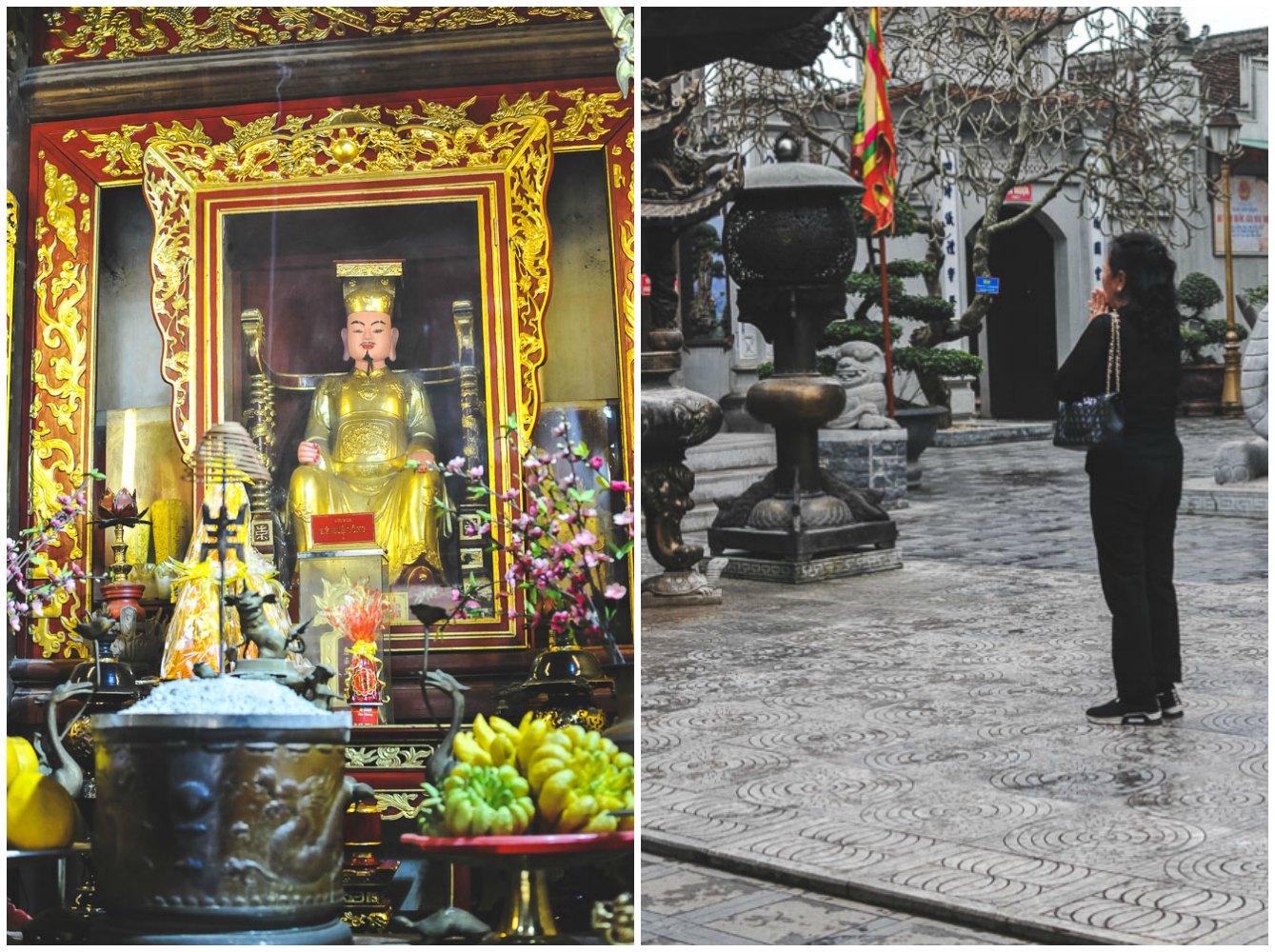 Prayers in front of Do Temple (Den Do) in Bac Ninh Province.

Two title dishes are connected to the rituals and celebrations of the most important Vietnamese festivals thus I think that everyone who is a fan of this country should become familiar with them. Especially as they have a root in a very simple and beautiful legend that teaches about modesty, love of motherland and fellow-countrymen.

Let’s start from saying that this friendly nation is posterity of the Dragon God and the Fairy – a couple that fell crazily in love and it’s fruit was 100 children, first Vietnamese that spread throughout the land inhabiting mountains and coast. The oldest son became the 1st king of the far-famed Hung dynasty and the founder of ancient Vietnam. This has taken place ca. 3000 years b.c while our legend reaches a little less distant times as it refers to the son of the 6th Hung king who meditated which of his numerous sons should become his successor. He decided to investigate this matter organoleptic and asked the boys to bring him special treats of their choice. The princes started searching the distant markets and asked the celebrated cooks for help to astonish their father with the exquisite and exotic dishes. Only Lang Lieu, the youngest and poorest of the 18 brothers was sad, knowing that he doesn’t have enough resources to compete with his wealthier relatives. The set date was coming close and he still didn’t have anything to offer to his father. One of the last nights of the competition he had a dream in which a ghost appeared and gave him a hint to prepare two simple dishes made of basic ingredients every Vietnamese use and value. Each of the dishes was supposed to have a different shape to symbolise Earth and Heaven.
The very next morning Lang Lieu jumped out of his bed and run to the local markets and farmlands. He collected all necessary ingredients and out of delicate rice mixture, with the work of his own hands created round “banh day” cake which symbolised Heavens. Than stuck together rice grains, mung beans and pig’s fat to shape the square “banh chung” cake as a symbol of the Earth. This simplicity and respect towards the most essential, natural goods and national symbols touched the king’s heart leaving him no doubts that the youngest one is the best candidate to be the next sovereign of the country. 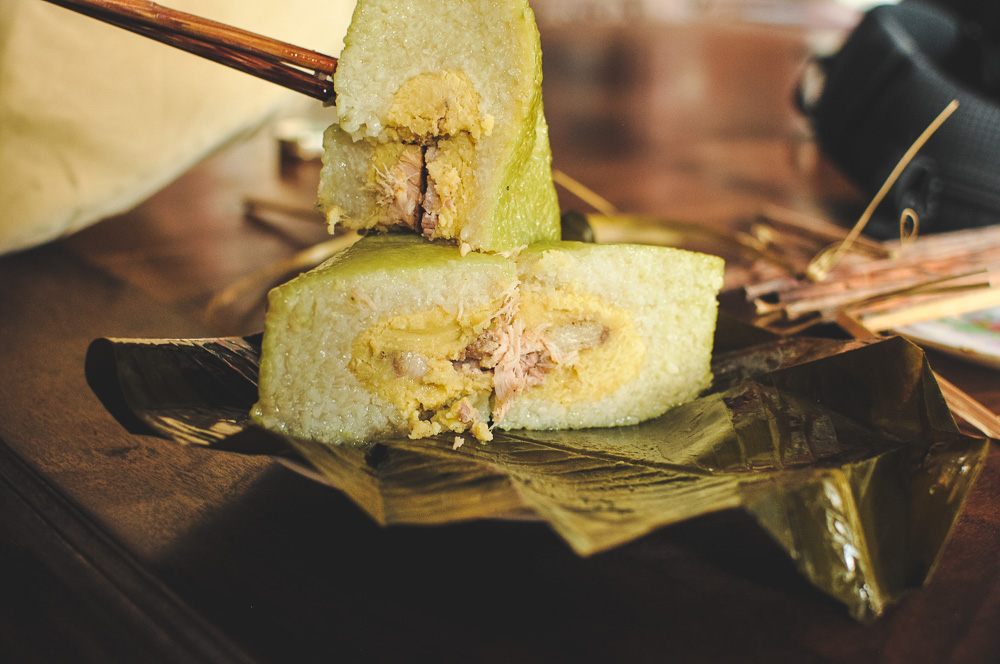 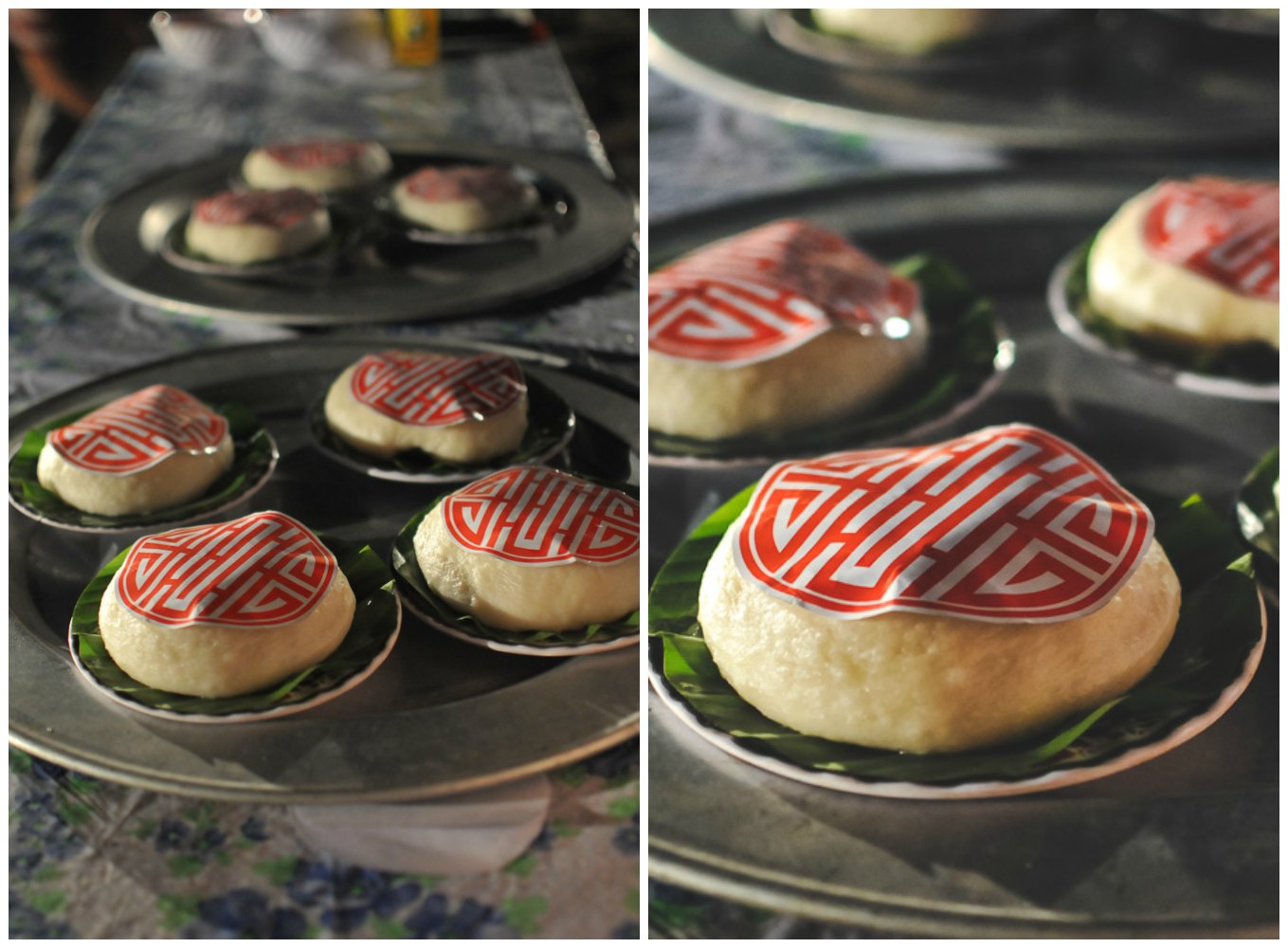 Both of those ‘cakes’ are very popular during celebrations of all important holidays in Vietnamese calendar, especially Commemoration of Hung King’s death (which king? probably no one knows as this is a rather symbolic date that comes every 10th days of the 3rd Lunar month) and long Tet festival.