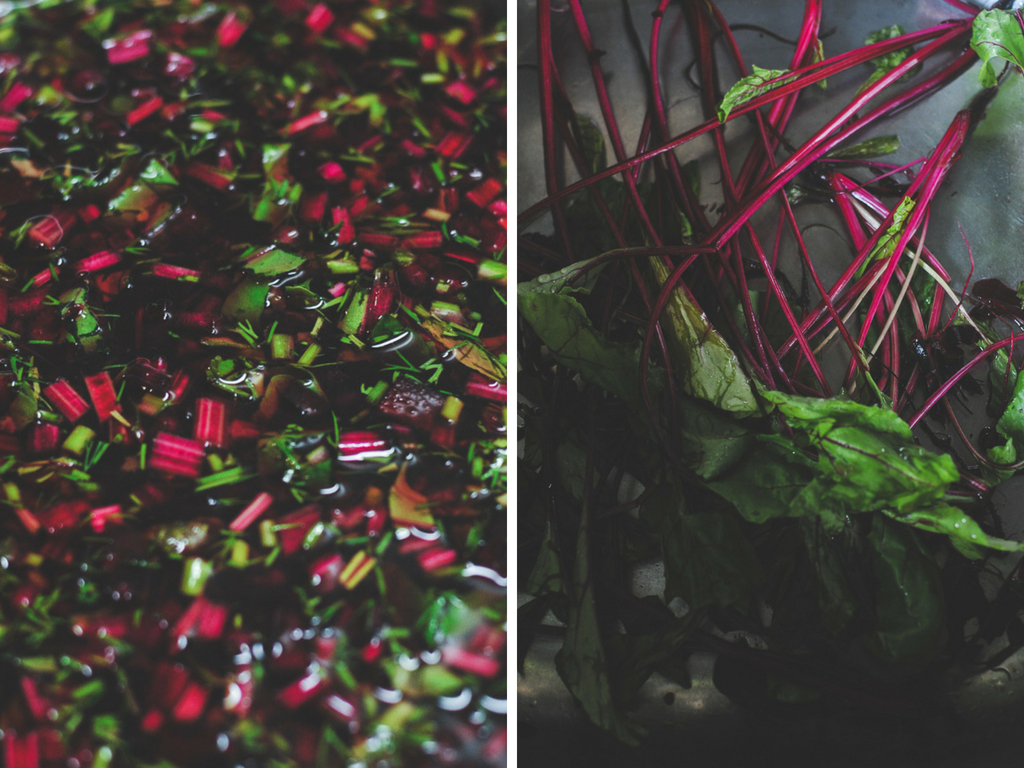 This soup means sun, nature in full bloom, hot days and warm evenings scented with flowers aroma. There used to be times when I wasn’t a fan of it, later I forgot about it but it never run out from my Mother’s menu and she treats the family with this masterpiece throughout the season. These days I would add “Botwinka” to my top favourite soups – light, fresh, sweet, savoury, tasting like liquid health. To make it we need botwina – young leaves and stalks of the specific beetroot. It’s prepared on the veggies broth and traditionally served with a spoon of sour cream but I used coconut milk instead and guess what – it’s freaking delicious (sorry Mum – you were not right about it, sour cream is not the only possible addition;))! 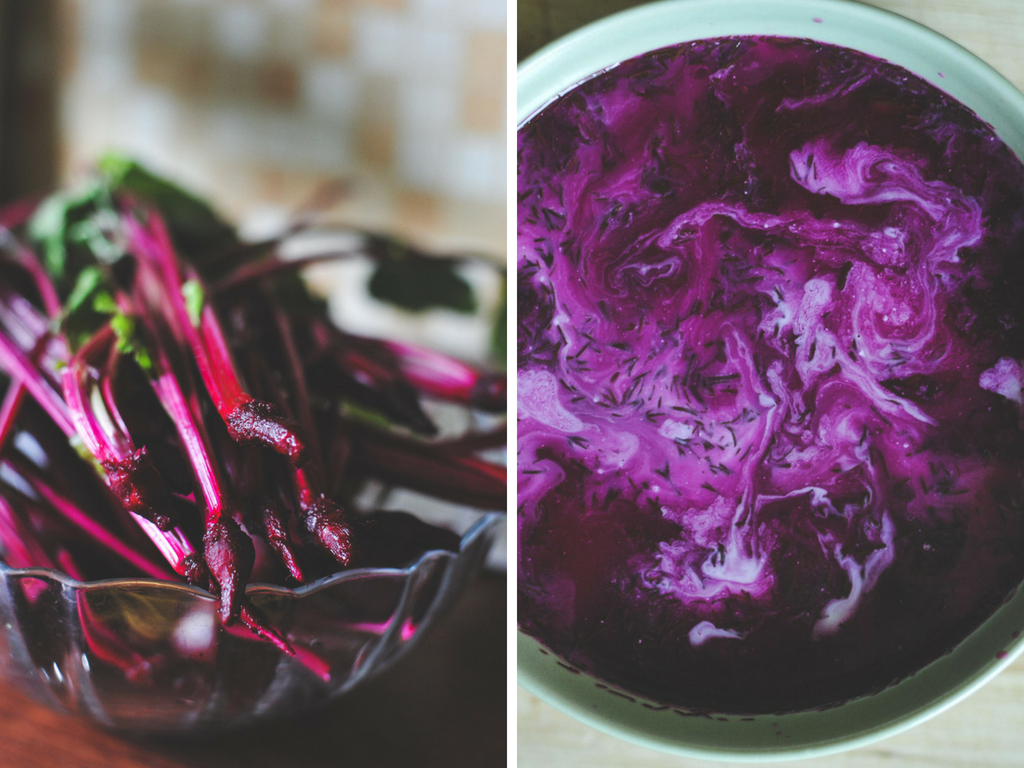 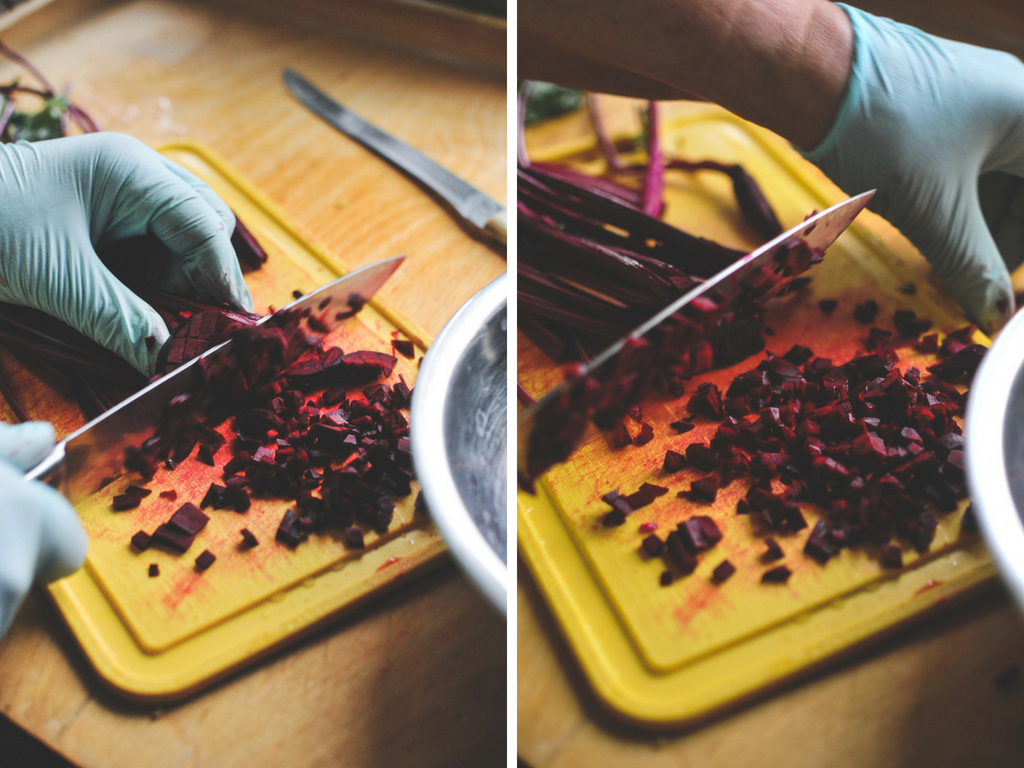 3 bunches of botwina (each bunch is usually not too big)

veggies for the broth (I used 1 carrot, half of the parsley root, thick slice of celery root, 10 cm piece of leek)

Clean botwina, cut away the biggest ends of the leaves, remove withered stalks and scrape the beets. Cut everything into small cubes, put in a pot together with chopped dill stalks (the rest save for later), 1 tbsp of salt (this will help to keep the vibrant colour), pour over 1 litre of water and bring to a boil. Clean and peel the veggies for broth, place in another pot, pour over 1 litre of water and boil slowly until they’re soft then remove the veggies. When botwina is soft (around 15 min), turn off the heat and add lemon juice (this will also help to keep the rubin colour), then the broth. Stir in freshly pressed garlic, a little more salt, 1-1,5 tsp sugar and pepper to taste. At the end add the rest of the dill and try if it needs more salt/sweetener/lemon – add to your taste.

Serve hot with a splash of coconut milk. It tastes great with boiled potatoes on the side and a boiled egg in the soup, but this simple vegan version is amazing just by itself.